Pope Francis says ‘couples who choose to have pets instead of children are selfish’, draws flak

While speaking on parenthood at the Vatican during a general audience meet, Pope Francis said that pets take the place of children in society sometimes 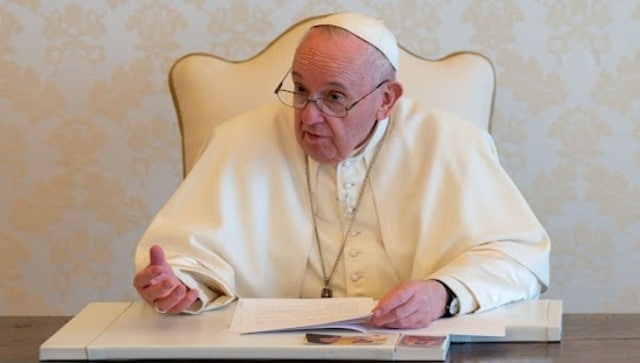 A recent remark by sovereign of the Vatican and Bishop of Rome, Pope Francis, is drawing criticism from around the world.

According to The Guardian, Pope Francis stated that couples who choose to have pets instead of children are selfish. He further claimed that replacing children with pets can take away our humanity.

While speaking on parenthood at the Vatican during a general audience meet, Pope Francis said that pets take the place of children in society sometimes.

“Today… we see a form of selfishness. We see that some people do not want to have a child,” the Pope told the audience as reported by AFP. He added, “Sometimes they have one, and that’s it, but they have dogs and cats that take the place of children.” He further asserted that his statement may make people laugh but it is a reality.

Addressing the crowd, the head of the Catholic Church also claimed that the practice of having pets is a denial of fatherhood and motherhood. This denial diminishes us and takes away our humanity, he noted.

Later in the gathering, Pope Francis urged people not to be afraid of embarking on parenthood. He also suggested that those couples who are unable to have children for any biological reason should consider adoption.

During the general audience meet, the Bishop of Rome spoke of a demographic winter where he referred to countries showcasing declining birth rates. To which he stated that people these days do not want to have children, or maybe just have one and no more.

Soon after the Pope’s remarks went viral, it triggered a strong reaction on social media following which his name dominated trends. There were many who were irked by the statement while others slammed him for calling people with pets as selfish.

This was not the first time when Pope Francis spoke about people who choose pets over children. Earlier in 2014, the Catholic Church head said that having pets instead of kids was altogether another phenomenon of cultural degradation. He had also asserted that having an emotional relationship with pets was much easier than the complex ones between parents and children.