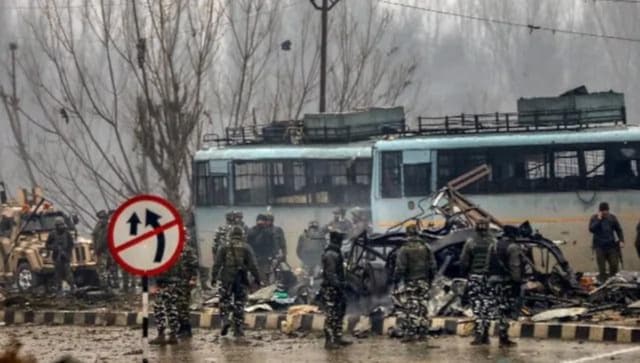 New Pakistan Army chief Lieutenant General Asim Munir also has a connection with the Pulwama terrorist attack in Jammu and Kashmir in the year 2019 in which 40 soldiers India’s Central Reserve Police Force (CRPF) were martyred. Munir’s brief stint as ISI chief came to an abrupt end because of his strained ties with then Pakistan PM Imran Khan Image Courtesy PTI

New Pakistan Army chief Lieutenant General Asim Munir also has a connection with the Pulwama terrorist attack in Jammu and Kashmir in the year 2019 in which 40 soldiers India’s Central Reserve Police Force (CRPF) were martyred.

On February 14, 2019, there was a suicide attack by a terrorist on a CRPF convoy moving on the Jammu-Srinagar highway in which 40 jawans were martyred. Jaish-e-Mohammed had claimed responsibility for the terror attack in Lethpero area near Awantipora in Pulwama district. Subsequently, India retaliated for the attack by carrying out the Balakot airstrike on 26 February. Many terrorists of Jaish-e-Mohammed were killed in the airstrike.

Then ISI chief Lieutenant General Asim Munir was one of the military decision-makers involved in shaping Pakistan’s response and security policies during the Pulwama attack. Munir took many important decisions during the sbsequent clashes and tension between India and Pakistan that lasted for several days.

Lt Gen KJS Dhillon (Retd) of the Indian Army has also alleged that the Pakistan Army and ISI were involved in the Pulwama attack.

Speaking to ANI, Dhillon said, “The evidence, including weapons, and documents recovered by us during the investigation of the attack, is there. Jaish-e-Mohammed (JeM) is being run, funded, and equipped from Pakistan. Those terrorists came to the Kashmir valley and attacked the CRPF personnel and disturbed the peace in the union territory.”

“Pakistan Army, ISI, and terrorist organizations work in unison. No one can cross LoC without active participation and guidance from the Pakistan Army. We apprehended Pak nationals on LoC in Gulmarg sector who were brought there by the Pakistani post opposite to ours,” he added.

Lieutenant General Asim Munir’s brief stint as ISI chief came to an abrupt end because of his strained ties with then Pakistan PM Imran Khan. Thus, the appointment of Munir as the new Pakistan Army chief is being seen as a setback for Imran Khan.

Lieutenant General Syed Asim Munir takes over the reigns of the Pakistan Army chief at a critical time with the country facing a severe financial crisis even as it struggles to recover from devastating floods that have ravaged a third of the impoverished nation.

Regular clashes with the Afghan Taliban on the border with Afghanistan and increasingly bold attacks by the Tehreek-e-Taliban Pakistan (TTP) – also known as Pakistan Taliban – is another cause for concern.

Lieutenant General Asim Munir entered service after passing out of the Officers Training School (OTS) programme in Mangla. General Munir was one of the brightest cadets in the 17th course of the OTS and was the recipient of the Sword of Honour.

He was commissioned into the 23rd Battalion of the Frontier Force Regiment and served in the Northern Areas as a brigadier under his predessecor General Bajwa as part of the X Corps of the Pakistan Army.

Munir is the recipient of the Hilal-i-Imtiaz, the second-highest honour bestowed upon both civilians and personnel of the Pakistan Armed Forces by the government of Pakistan.

No Fowl Play: Why US presidents pardon turkeys on Thanksgiving

Russians are learning Indian lessons on holding festivals in wartime