Russians are learning Indian lessons on holding festivals in wartime 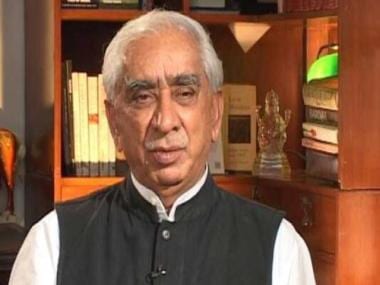 Nothing like a good war to change a nation, preferably for the better. But the process of change can be messy and full of uncertainty.

We hold an annual Grand Cigar event every November. “We” means a community of cigar-lovers of Russia, spanning from Vladivostok in the Pacific to Kaliningrad in the Baltics. There are 86 cigar clubs spread all over the country, virtually in every region of it, that are connected into one grand Cigar Union. People from there are congregating, in late November, in this or that grand hall in Moscow, to have fun, talk to old friends, rub shoulders with political dignitaries, medical doctors, artists and writers. You are dreaming about that event for months in advance.

But, suddenly, a notification dropped in our mailboxes this year: due to wartime considerations, we advise to wear no evening dress and to expect a subdued procedure. We are, as usual, to announce annual awards to Russia’s best folks, but we do it while eating and drinking modestly, on our feet.

Nobody really knew what to do about the recommended subdued dignity. The gala felt half-cooked, and people looked around in search of a judge of wartime correctness.

I wouldn’t have tried to engage your attention with predicaments of our rather special community, but for the fact that all Russia is currently learning the same lesson – how everyone is supposed to behave at times of war.

The New Year is near. That’s Russia’s main and beloved holiday of joy and hopes for the future. So, the top polling agency asked the people if they want to celebrate as usual – with millions of lights, music in the streets and the rest. 81% of Russians said “yes”, war or no war.

But then, there are two big cities, Moscow and St. Petersburg, where the mayors conducted their own polls. It’s well known that almost everywhere in the world the big city boys and girls are different from the rest of the nation, to the extent of confrontation with it. If there are people in Russia notorious for their escape from mobilization, than it’s mostly the ones from the big cities.

So, the mayors asked their electorate if we celebrate the New Year at all, and if we do, then do we need to decorate the cities with lights, stage concerts in the streets and do the fireworks. The answer in Moscow, while the northern capital is still voting, shows that 81 per cent says that of course we celebrate. But we do it modestly, without concerts and fireworks, while the money that could be spent on festivities should go to the army, to support our boys down there.

So here we go again – like in our cigar gala, a case of subdued joy, while nobody knows exactly why it should be so. Here I have to mention that the soldiers at the frontline almost unanimously say that they need the country at their back to be shiny, merry and happy. After all, that’s what they fight for.

But you cannot deny the fact that the society is in the midst of uneasy discussion about matters serious and morally important. Some folks, like Yekaterina Movsesyan from the venerable Izvestia newspaper, are struggling with ideas like the New Year being the time for helping the dispossessed and coming to consensus on everything possible. A good idea, but you do not need the New Year for it.

While another writer, Sergey Mirkin from Donetsk, contributing to the Vzglyad website, is smiling at us sadly, saying something like: Hey, folks, you just have no experience with all that. We, in Donbass, have been living in wartime for more than eight years, with Ukrainian bombs and shells raining on us every day. So we know that festivals or, say, weddings are precious and important, you have to grab every chance of having fun, or else you will be smashed by constant pressure on your psyche. You should not be alone. But that also means helping your country and your soldiers in such a time, so you have to know how to donate your money and effort to those who defend you.

But, Mirkin goes on saying, we also have developed a habit of not showing off at ostentatious feasts or luxurious travels. Especially when so many people’s homes are still being destroyed by Ukrainians. You have fun, but you do not make a virtue out of it.

How very Indian, I thought when reading this. You may not see it, but ethics of having fun, dressing up and celebrating in India is different from other parts of the world. With a glaring exception of weddings, you do it without being ostentatious. I still remember a shabby jacket of your Minister of External Affairs, Jaswant Singh, who talked to me at his office at 10 pm in, maybe, 1999. Afterwards I had been told that a really big man doesn’t care about dressing up, and that any kind of luxury is a bit suspect in a nation that still has a lot of poor people. Only thing, you had decades to develop that style of behavior, while it’s very new for Russian society.

That society has lived through decades of Communist rule, when obligatory modesty was an official virtue, hated by everyone. Then the new times came along, and Russians began to idolize luxury of all kinds. Being rich was less important than knowing how to spend your money with real flair, at home – and abroad. Literally millions of Russians went out to the wide world, with its 5-star resorts and dangerous jungle treks. We loved that world and expected it to adore us, Russians, for being elegant, rich, daring, clever and intellectual, dominating philosophic discussions and fashion shows in places like Milan or Paris. And then we discovered that somehow that world was getting uneasy about us.

And now we debate the correct way to hold festivities at home. A very useful experience, that.

The author is a columnist for the Russian State agency website ria.ru, as well as for other publications.

Explained: Can 5G be made cheaper?