UK: Soldier loses half his penis, left with a year to live after doctors misdiagnose cancer 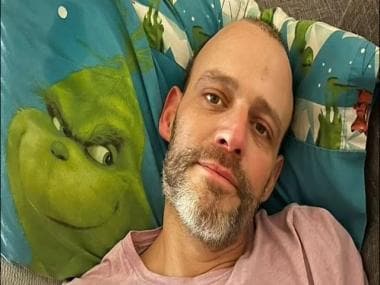 England (UK): A soldier had to get half of his penis removed after army doctors misdiagnosed his cancer on three consecutive times, reports suggest. Now, Gavin Brooks, 45, of Crewe in Cheshire, has been told by the doctors that he may only have an year more to live.

Brooks now wishes to travel abroad in hopes to find a treatment, one last time in order to stay as long as possible with his family, since Chemotherapy on the NHS has so far not worked.

While talking to an English media, Brooks said: “I hope I can get some sort of treatment abroad that can help make the cancer smaller and make my lifespan longer so I can stay around as long as possible.”

“My son Jorje says he’s going to lift the World Cup one day and I want to be around for that”.

After developing a tight ring of skin around his foreskin and later developing a lesion on the tip of his penis,
Brooks, an army warrant officer, visited military doctors three times in 2021.

Initially, he was sceptical about doctor’s diagnosis of a genital wart.

He suspected lichen sclerosus, which causes patchy, discoloured, hard skin on the penis.

“The best way I can describe it is like a ring of tissue or hard skin within the foreskin,” Brooks told reporters.

I had to pull the foreskin over the head of the penis when retracting it.

He explained that the skin which connects the foreskin to the penis broke and would bleed and cause pain whenever he went for pee, “I knew this wasn’t normal and that I needed to get it checked out,” he said adding that so, he
went to the army doctors after three weeks and suggested it could be lichen sclerosus.

The army doctors thought it was a wart, but Brooks was confused as to how he’d gotten one because he had been married for 20 years and only had one sexual partner during that time, due to which he chose not to believe them.

However, when it didn’t clear up after four weeks, he returned to the same doctor, who still thought it was a wart.
Brooks sought help again from the same medical centre but was this time seen by a different doctor, who thought it might be thrush and gave him cream.

He visited a sexual health clinic out of frustration because his symptoms weren’t getting better, and there he was eventually referred to a dermatologist who took a biopsy from his penis.

When the results came back, he learned he had penile cancer- an extremely rare type of cancer with only 700 men diagnosed in the UK each year.

Mr. Brooks was scheduled to undergo surgery in January of this year to remove a portion of his penis.

“They lifted my penis up, cut it in half, and took a skin graft from my leg to make a penis head, but it is flat with a hole in it,” he revealed.

The “Frankenweiner” is the name he gave it.

He said: “When I woke up in hospital I was so scared at how much of my penis looked to have been removed as it had a dressing on it and a catheter fitted you couldn’t make out the full extent until all of that was removed.”

Despite the surgery, the cancer had spread, necessitating further surgery to remove lymph nodes from his groyne in April. In June, he began intensive chemotherapy.

Brooks is now looking for treatments that are not currently available on the NHS, such as immunotherapy and proton beam therapy, which are widely used in other countries.

Due to his condition Brooks can’t walk long distances and uses a wheelchair most of the time.

According to reports, half of all penis cancers are diagnosed late, and once the cancer has spread, the chances of saving the organ are much lower. Within five years of being diagnosed, one-quarter of patients die.

Cancer symptoms typically begin at the top of the penis as raised patches or white raised spots.

At this point, surgery can be performed to remove the cancerous tissue while leaving the penis largely intact.

However, the longer the disease is allowed to progress, the more invasive the surgery becomes.

“If I had been diagnosed earlier, I might have only needed a circumcision and avoided the rest of the operations and chemotherapy,” he said.

“That’s why I need to raise as much awareness for this rare and unknown cancer, so more time and research can be spent into the treatment and diagnosis of this deadly disease before it’s too late,” he added.