WATCH: How Iranians are ‘striking’ at the regime with time-tested ‘hartal’ 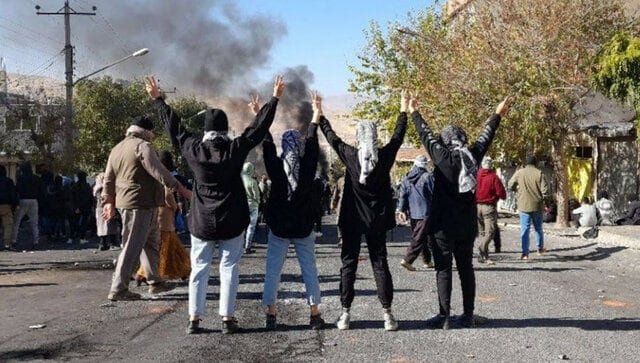 Nationwide protests continue in Iran despite intensifying crackdown from the security forces. The People’s Mojahedin Organization of Iran- an organisation that seeks to overthrow the Islamic government, demonstrations have now spread to over 250 cities.

People have also been boycotting and non-cooperating with the regime using the time-tested method of ‘bandh’.

According to the PMOI, 640 people have been killed & more than 30,000 arrested by the security forces over the protests.

The PMOI shared a series of videos on Twitter saying that they are from the protests in Iran.

One of the videos purportedly shows relatives of inmates protesting outside the notorious Evin prison.

Another videos showed shut shops in Dehgolan city where locals are on a strike.

Similar scenes were seen in Sardasht.

Local merchants have also shut their businesses in Marivan and Oshnavieh.

Meanwhile, the UN rights chief on Thursday urged Iran to immediately halt violence against protesters, as countries debated whether to launch an investigation into Tehran’s deadly crackdown.

Volker Turk opened an emergency session of the UN Human Rights Council, where countries were called to discuss Iran’s “deteriorating human rights situation” and determine if a high-level international investigation is warranted.

The meeting, requested by Germany and Iceland with the backing of more than 50 countries, follows two months of protests in Iran sparked by the death of 22-year-old Mahsa Amini, after she was arrested for an alleged breach of the country’s strict dress rules for women based on Islamic sharia law.